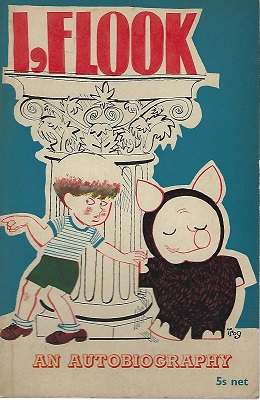 I, Flook: an autobiography with drawings by Trog

Well illustrated with cartoons, large 12mo, pp (6), 85, very clean internally, paperback, covers slightly age-toned. A remarkably good copy. [Flook was a British comic strip which ran from 1949 to 1984 in the Daily Mail newspaper. It was drawn by Wally Fawkes (of the jazz group Wally Fawkes and the Troglodytes), who signed the strips as "Trog". The central characters were a young boy called Rufus and his magical animal friend, Flook. According to the strip 'The Coming of Flook', which forms part of the cartoon book Rufus and Flook v. Moses Maggot, we learn that Flook, who vaguely resembled a furry pig walking on his hind legs, was a creature from the age of the dinosaurs whom Rufus, in a dream, rescued from cavemen and who then came back to waking reality with him. Flook was able to talk (in six languages) and was blessed with a fine sense of irony with which to temper Rufus' innocence and enthusiasm. He was also able to change shape into all manner of objects, though not much was made of this power after the first couple of years of the strip. They inhabited a satirical and socially-perceptive fantasy world not unrelated to contemporary Great Britain, populated by larger-than-life characters, mostly bearing a striking resemblance to leading politicians and celebrities. Many of their adventures starred their principal adversaries, the villainous Moses Maggot and his sidekick the gaolbird Bodger, whose sister - the overweight teenage witch Lucretia Bodger (a play on Lucretia Borgia), with her cat, Gobstopper - also appeared quite frequently, as did a mad retired colonel. Several book-length episodes and compilations were separately published, though this is the only one which is not a strip collection. The ironic and bohemian ethos of the strip was notably at variance with the conservatism of the Daily Mail, which finally discontinued it after some 10,000 episodes, reportedly because the editor David English objected to its repeated jabs at the then Prime Minister, Margaret Thatcher (though she is said to have enjoyed it). Storylines were written by the singer and writer George Melly, the comedian Barry Took, the musician Humphrey Lyttelton and the film critic Barry Norman.]

Title: I, Flook: an autobiography with drawings by Trog 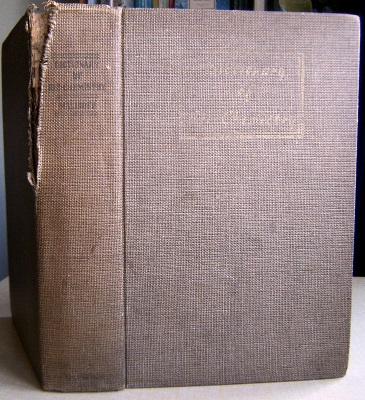 Dictionary of Bio-Chemistry and Related Subjects 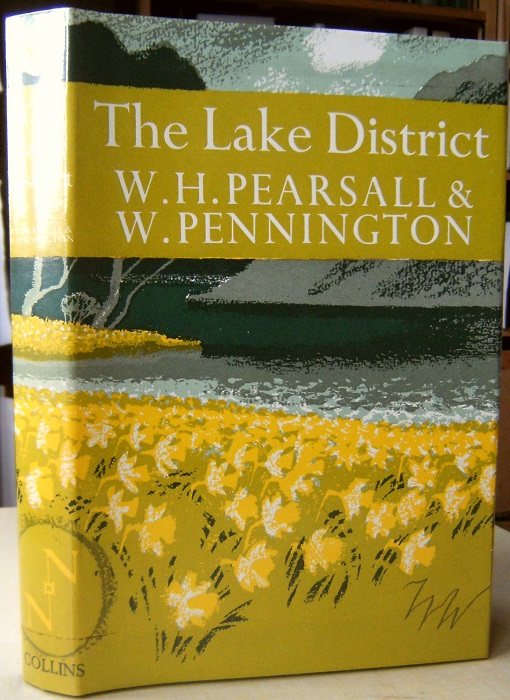 The Lake District - a landscape history

I, Flook: an autobiography with drawings by Trog