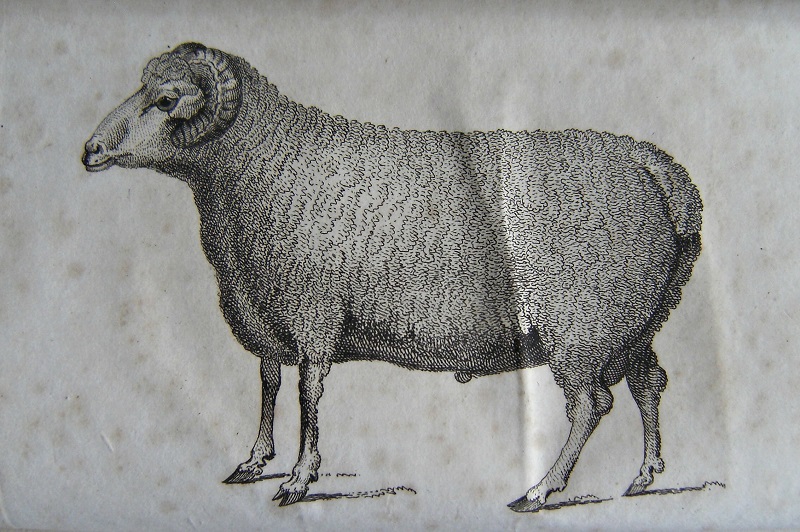 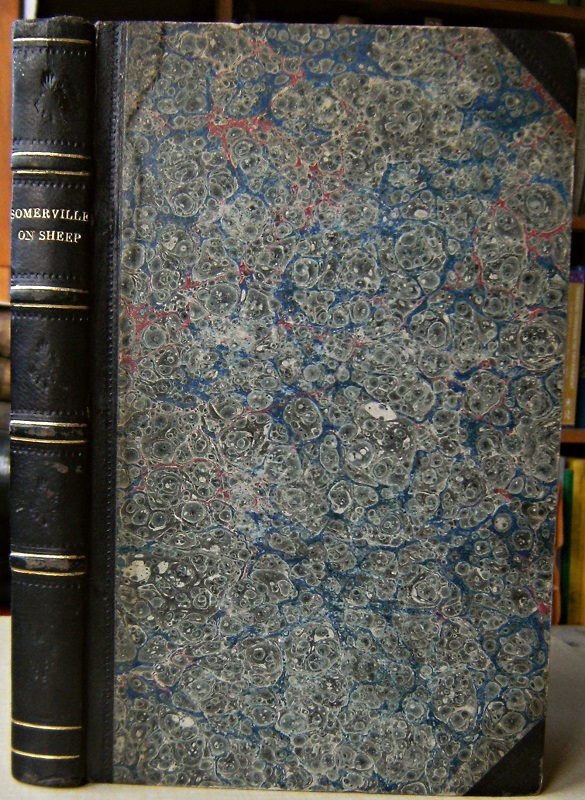 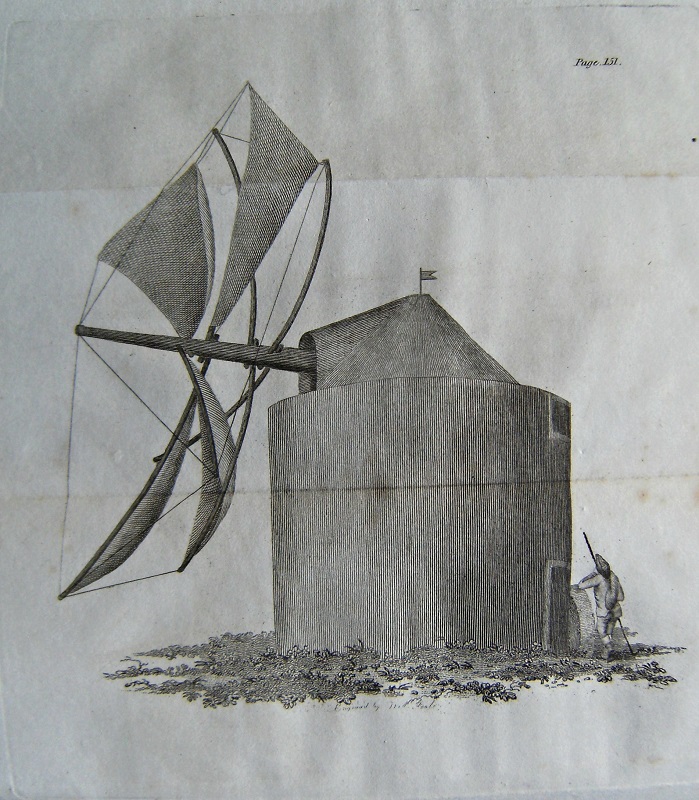 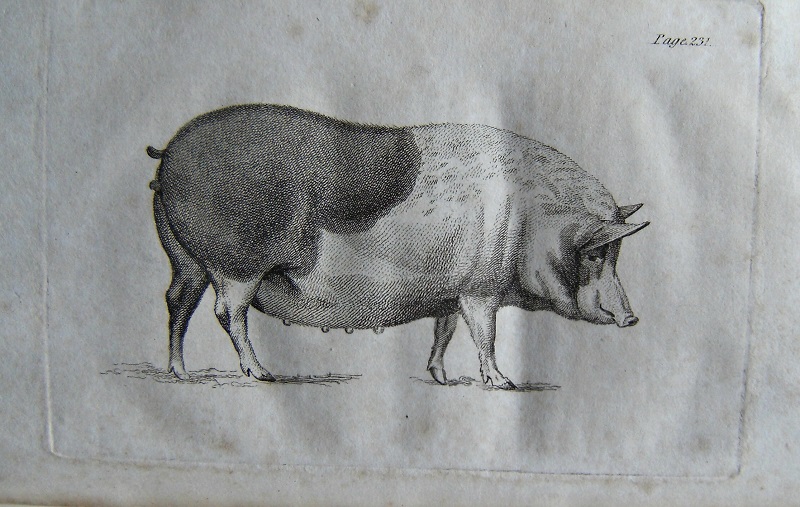 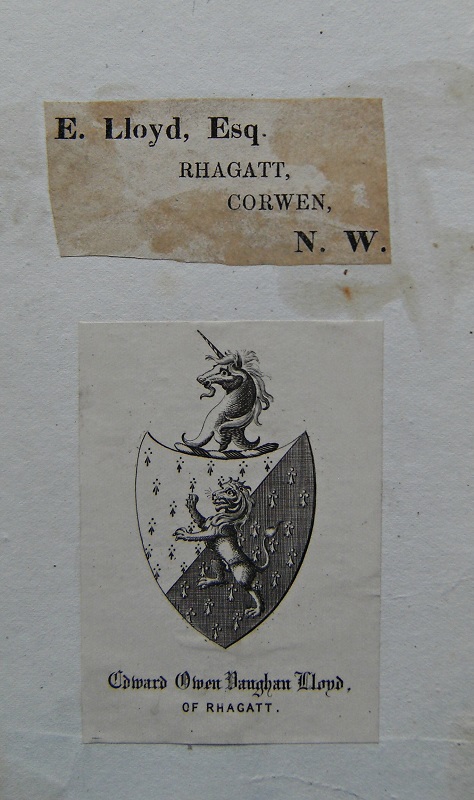 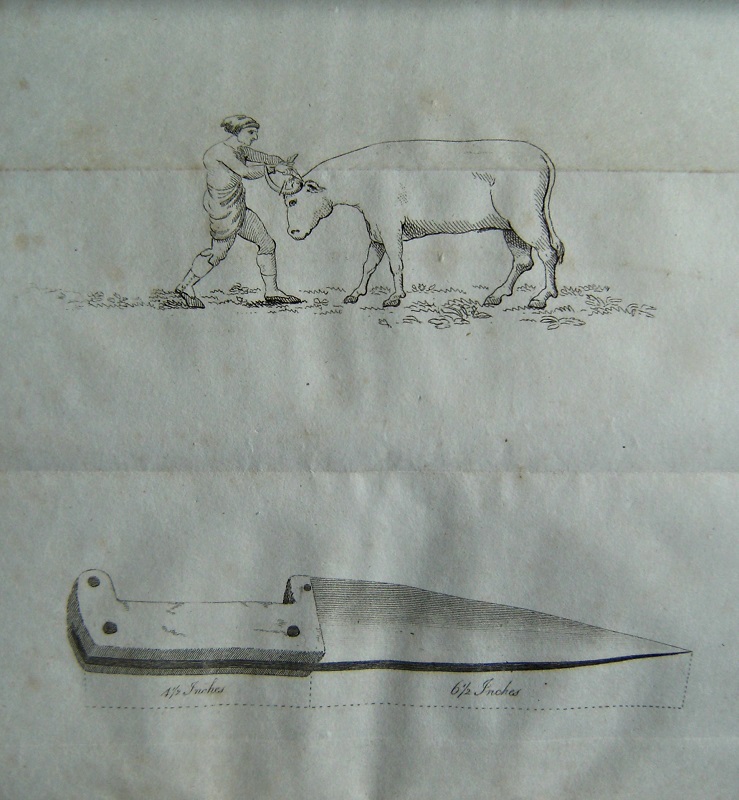 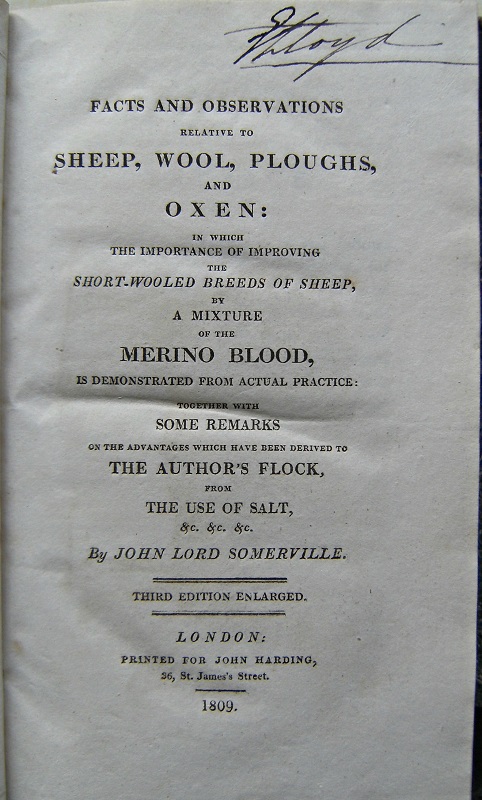 Facts and Observations Relative to Sheep, Wool, Ploughs, and Oxen: in which the importance of improving the short-wooled breeds of sheep, by a mixture of the merino blood, is demonstrated from actual practice:

Third edition, enlarged. Illustrated with an engraved frontispiece and eight engraved plates (of which three are folding), one plate is slightly shaved by the binder, octavo, pp 6, 256, + a 36 page publisher's catalogue of new books on agriculture, a very slight suggestion of foxing to the plates, but overall an extremely clean copy internally, contemporary half calf and marbled boards, slightly rubbed. From the Lloyd family of Rhagatt in Denbighshire, with the small trimmed book label of E. Lloyd on the front endpaper and his signature on the title page, and the armorial bookplte of Edward Owen Vaughan Lloyd. VERY SCARCE. [Apart from King George III, Somerville became the largest breeder and owner of merinos in Britain, and his flock became so valuable that two hundred sheep sold for £10,000. In 1802 he paid a visit to Spain, where he effected the purchase of a valuable flock of pure merinos, and succeeded in obtaining a complete knowledge of the Spanish system of management. By example, by precept, and by printed addresses, he did all in his power to effect an improvement in sheep-breeding. In ‘The Origin of Species’ (ed. 1888, i. 35) Darwin quotes, in support of his arguments, some remarks made by Somerville in his ‘The System followed during the last Two Years by the Board of Agriculture' (1800). Somerville also invented several ingenious and useful devices for agricultural implements, including a plough. He started in 1802 an annual show in London of cattle, sheep, pigs, &c., which he carried on at his own expense for a number of years, and for which he provided the prizes. He was a constant attendant also at the famous sheep-shearings at Woburn and Holkham. He held views far in advance of his time on agricultural education, experimental farms, slaughtering of animals, old-age pensions, and other rural subjects.]

Title: Facts and Observations Relative to Sheep, Wool, Ploughs, and Oxen: in which the importance of improving the short-wooled breeds of sheep, by a mixture of the merino blood, is demonstrated from actual practice: 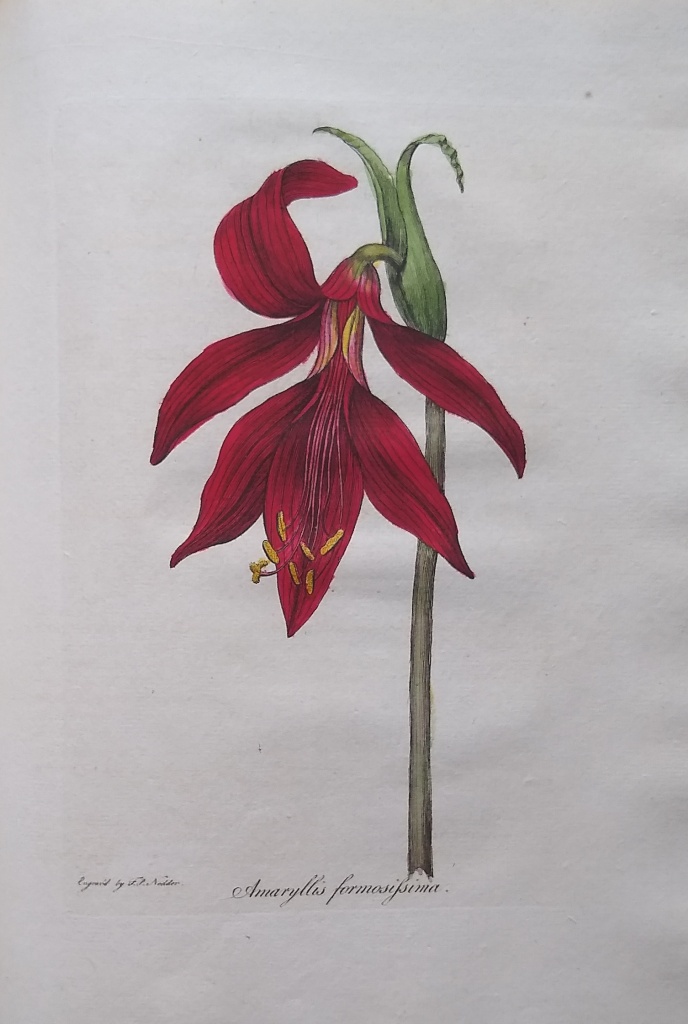 The Botanic Garden; A Poem in Two Parts. Part I, containing The Economy of Vegetation. Part II - The Loves of the Plants 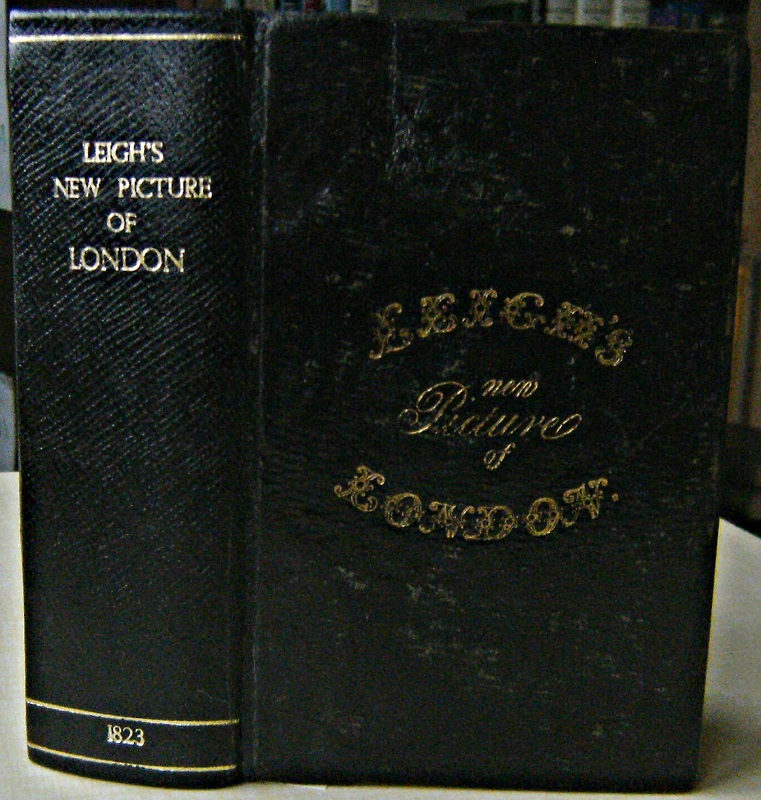 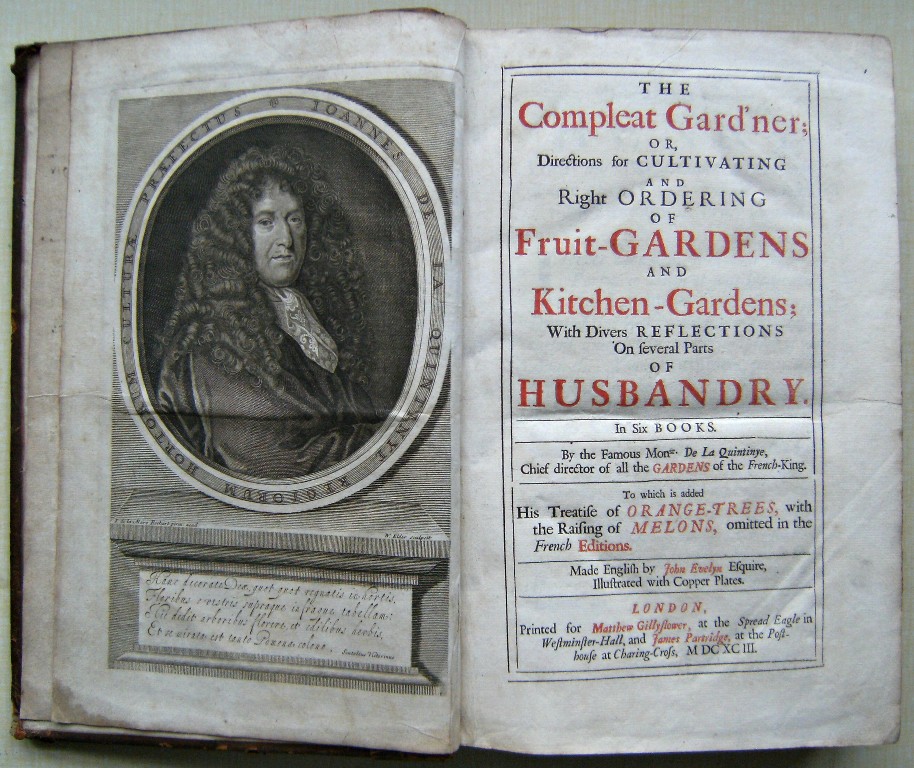 The Compleat Gard'ner: Or, Directions for Cultivating And Right Ordering Of Fruit-Gardens, And Kitchen-Gardens; with divers reflections on several parts of husbandry [LACKING TWO PLATES] 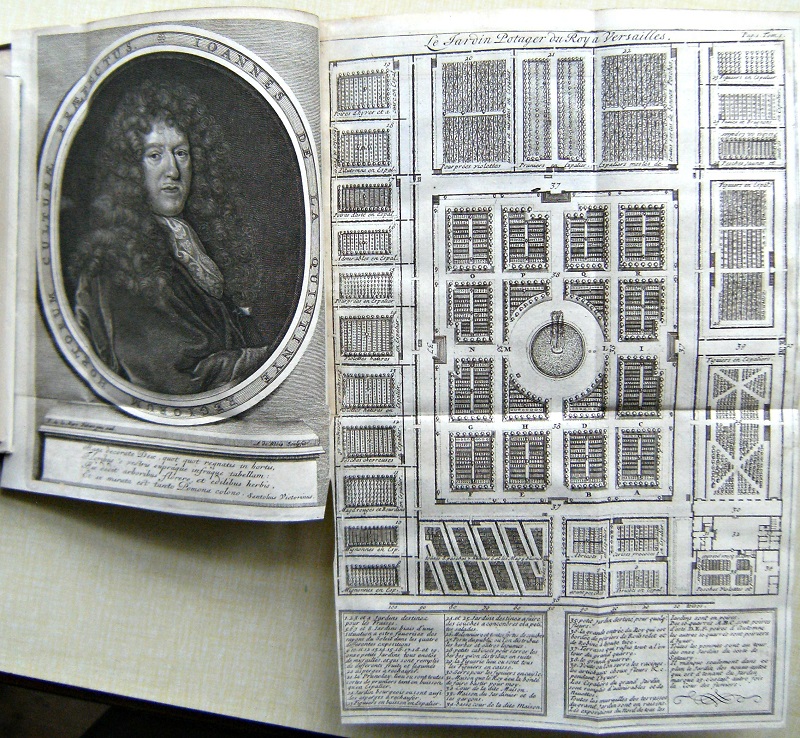 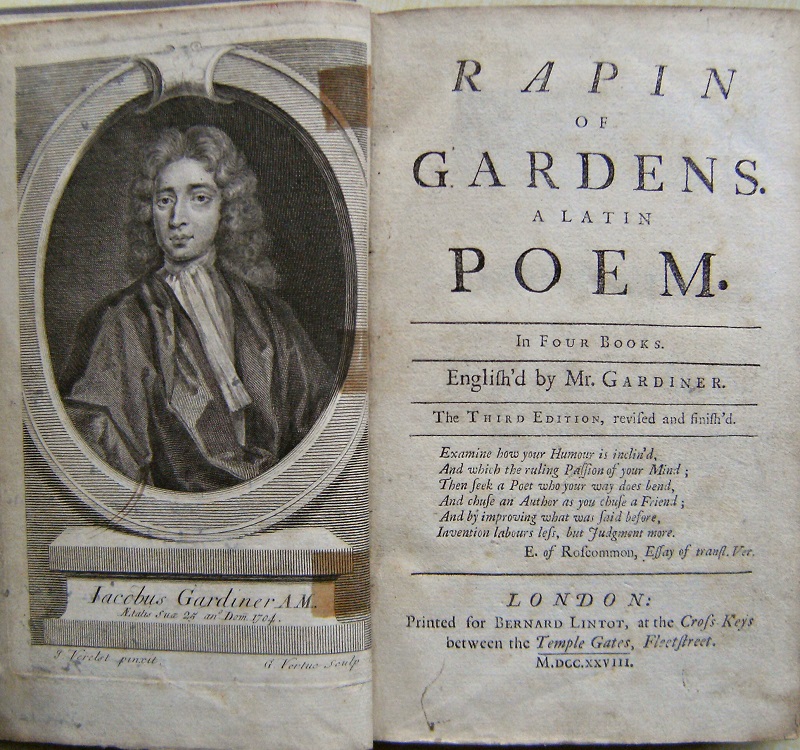 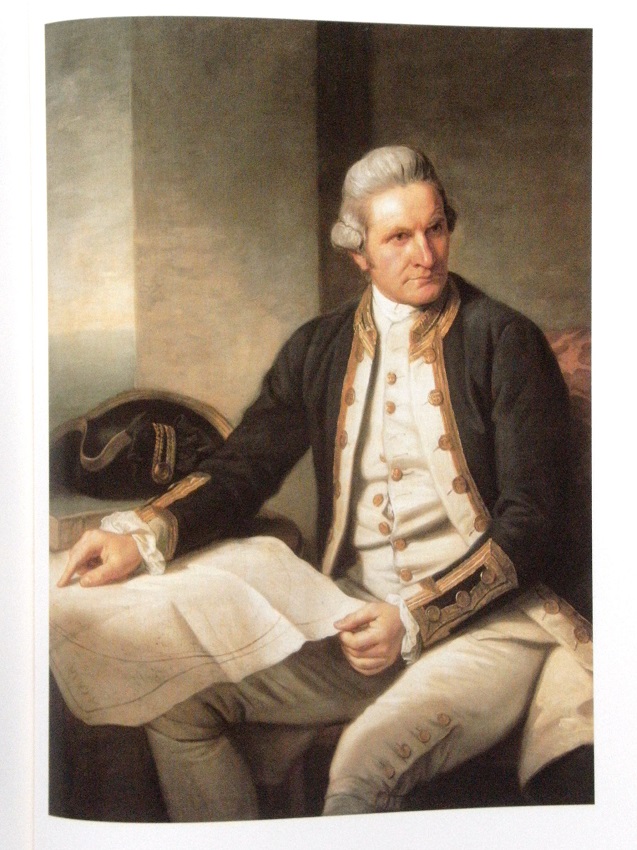 Facts and Observations Relative to Sheep, Wool, Ploughs, and Oxen: in which the importance of improving the short-wooled breeds of sheep, by a mixture of the merino blood, is demonstrated from actual practice: